yup.
packed up, headed out the door to OCFF!
www.ocff.ca
4 days and nights of music and conferencing- with festival organizers and those who want to play at our festivals.

Labels: music, Uke could too 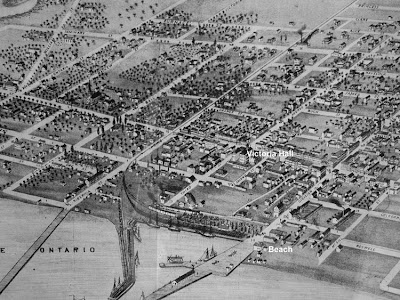 And here's my edited version... marking where I've lived for the past 7 years.... the crazy landlord's house was old enough to make it on the map... it was built 20 years later... but the tiny house on Ball St was there- along with it's twins (2 more identical houses on the street). The only sad realization.... it wasn't that the 'Burg had city planners with a sense of humour putting my intersection together... the corner of James Bond existed well before the movies.... 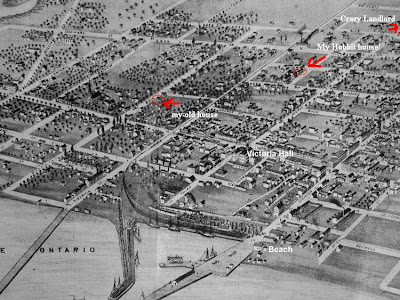 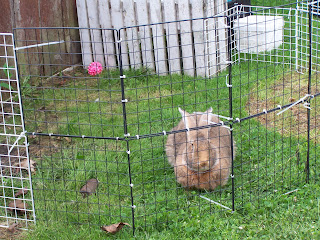 You don't get it.

So, most of my peers (in the day to day) just tolerate my day to day oddities.
When I came to work glowing and blubbering excitedly about hanging out with one of my uke heros- they patiently waited till I got the stories out of my system before mocking me. (isn't that nice of them?)
I'm not sure how they're going to take all the details of my epic journey to Napanee for the scarecrow festival...

I remind them daily that I'm hired for my entertainment purposes and not my gardening skills.

Miss Jelly is glad I'm back - now I can serenade her with her favourite song. (played here by lovely Rachel) 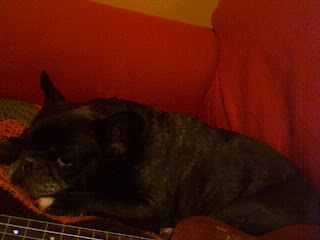 Labels: Sheffs, Uke could too

::recovered from Digital Dewdrops, a writer's forum of sorts that I was a part of... and which disappeared a while back::

** this post was written the day after the 2006 festival. Hurricane Ernesto came along and robbed us of the beautiful weather we'd hoped for. The festival was shut down for the evening on Saturday, and the gates reopened Sunday morning, a small cue of people ushered in by a piper and clapping volunteers. I sobbed.
As for the generations of history- Nathan Rogers (son of the late great Stan Rogers) played this year's fest- his work, and his father's works were blended together in just the most beautiful way. I don't think I can capture the emotions surrounding the final concert....
brain to page L.Bo Marie at 10:24 pm No comments: