ok, MUCH MUCH better tonight.
it feels like it's really coming together... a few pretty funny things happened tonight... ok, a ton of funny things are always happening- but some that stuck out::
Horner forgot to wear underwear (don't laugh... it happens) in one scene where he's in a dress... and the dress is suppose to be lifted.... nothing was seen- there were some kids of cast members in the group....
I forgot where we were in the play at one point, and decided to go up on the bridge... as soon as I got up there... I realized I was suppose to be sitting right at the front of the stage... oops. I wandered around on the bridge for a moment or two, pretending to look for something... then wandered back to where I should have been... thankfully, an easy cover up when you're pretending to be high.
Someone popped a button on stage- somehow, I managed to pick it up with my toes (ok, it's a talent) and threw it at the band. I was aiming for Grey, but I missed (well, it's not a talent that'll get me on star search or anything...)
During a rather sad part of the play, in a moment where we need to be pretty collected- each of us trying to console the others in a time of loss.... DC2 and I are in each others arms, DC2 reaches down to grab my hand, and somehow ends up with a handful of boob.
and I nearly miss singing my part of the duet because I'm laughing so hard.
oh my.
brain to page L.Bo Marie at 12:13 am 1 comment:

ok.
sleep is evading me now.
figures.
I slept thru my alarm clock(s)
ReHAIRsals are going ok... well, actually- tonight was a little rough. Ok. the sound was terrible, I made some pretty stupid mistakes. And the dynamics of the tribe were a little off....
an aside about tribe dynamics... someone once told me about the experience of being in a play (any play) being like this time of falling in and out of love. In and out of love with the story, with the characters, and with the cast... it's so true... you love each and every person in their own unique way....  some probably more than you should. But it's just a matter of proximity.
I worry (because that's what I do) about how things will change when the play is done, and I look forward to the way they'll change....
brain to page L.Bo Marie at 12:40 am 2 comments:

Labels: Hair, I should be a hermit, smells like oregano

so there I go, saying you likely won't hear from me with the crazy of the play taking over my life... butta... I'm too wound to sleep soooooo.
One of the girls in the play had the best idea... a "Hair" journal.
I wish I'd thought of that.
That I'd chronicled what was going on, my feelings about the play- how my thoughts about things may or may not have changed. The things I've worried about, my triumphs... all that.
It's a little late for that now.
But, I can still capture this week.
Biggest things today:: I was a bundle of nerves getting ready to leave the house, and getting dressed in the dressing room- I didn't get lost in the bowels of the building today, so that was a good thing- I only got tangled up in the curtains twice coming on stage... so those were good things.... the buzz in the dressing room was contagious, and I dropped my nerves there... we got Mic'd up, and did some warm ups... then jumped in.
Have I mentioned how much I love the tribe?
Anyway, I finally got that stupid "Air" dance figured out... had a slight wardrobe malfunction... my cowboy outfit walked away from where Chrissy and I had left the pieces... but thankfully, we've been given two full extra bars of music to get dressed... so I think it's going to work out just fine!
We got some tobacco less, nicotine free, tar free, fruit stuff for our pot pipes, so we get to smoke on stage... it kinda reminds me of those herbal smokes- but the after taste is worse than any cigar I've ever tasted... I had to be shown how to use the pipe.
Only draw back.. I mean other than the breath that reeks of stank... is that it really dries me out... I only had a few puffs... and my voice was drydeadgone by the end of the run thru....
finally found a good harmony/rhythm for "Let the Sunshine"... so I'm feeling good about that too...
all in all...
it's going to be just fine.
and frig, I just can't wait to have an audience sitting out there.
AND, my sister is coming to see the show... I'm excited about that.
brain to page L.Bo Marie at 11:57 pm 2 comments:

I had several witty posts in mind today.
but... my brain was eaten by hippies.
In case you missed the news, I'm in a play.
my first.
well, the first that I'm IN... I've helped with plays in High School... I worked the second spot light- with my partner in crime "Grey" working the first.
The circle is complete- I'm in a play, and Grey is playing in the pit band for it. The thought makes me smile- I like there to be symmetry.
So yes, I'm in a play. Yes, it's controversial.
yes, there's swearing, sexual innuendo, over the top use of drugs, offensive dialogue- issues of race, wealth, gender, sexual content... nudity.
yeah
nudity.
as in .. no clothing.
and at first, I had a big problem with that (the nudity).... but now, I think it's more the issues of race that I have a problem with... it's SHOCKING. The way some scenes are taken over the top...
I'm interested to hear other people's thoughts after they've seen the play. The number of parallels between the 60's and today- and I'm curious to hear "the talk".
You know "the talk"...
and, at this point, I don't really care about the criticism... or the offense taken. I figure, you're an adult- it's a play- it's a statement about the time it was written in... I have to admit that when I first started rehearsals, I was worried- about how people took the play- that they would question me and my choices.. maybe even my faith... but... as time's gone by, it's something that's slid away. I'm having fun instead.
You probably won't hear too much from me over the next two weeks. We moved into the theatre today, the set was built, and we ran the show start to finish a few times. We'll be practicing every night now... People have traditionally called the week before opening night "hell week" ... (eeek, we open this Friday night)..  but I love this group of people. And I love what we're doing.. so instead, I'm calling it "Hippie week"
I know this is all over the place.
But so is my brain.
this is 1968 dearie, not 1948.... what have you got 1968 that makes you so damn superior, and gives me such a headache?
I'm more frightened by the slide on the stage than I am of the audience.
oh.
by the way
yes, I go naked too.
brain to page L.Bo Marie at 8:17 pm 2 comments:

So I realize I've failed already in my "blog everyday"  quest. But I'm ok with that.
This year, when I added it to my resolutions for the year- it was more of an afterthought. and well, afterthoughts don't work out.
afterthoughts don't work out.
hm.
I'll have to remember that.
as an afterthought.
I've been "mini blogging" though.
I'm an addict of the facebook status lines. Not only can I hardly wait to read what other people have written, but I NEED to update my own.
I've been thinking about it though.
The reasons why it's so ... I don't know... almost necessary to a degree.
People are always commenting on how busy I am... but.. I spend so much time alone. so .. I think that the thing I get out of status lines... is... "being alone together" (to steal a line). Even though I may have not even spoken to a friend all day- I've been able to share- or at the very least express- with maybe someone who cares- what's going on.
Makes it easier I guess.
now, back to being busy.
brain to page L.Bo Marie at 11:10 pm 1 comment:

Labels: friends, I'm a hermit, you take it as it comes 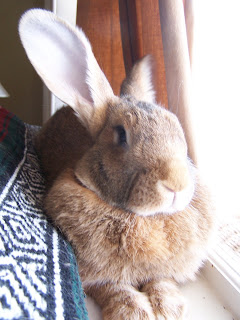 yes, I've been slacking. Too many lovely little Uke tunes to learn.
I even had the pleasure of a mini jam at the Bean this afternoon, Bobert dug his Banjo Uke out of the basement and I tried really hard not to be the perfectionist oldest daughter and played along.
a very little bit.
so, the Corktown Uke Jam is far away. and despite threats of Uke burnings, I think that we should likely start up our own jam in the area. probably not as large scale or as organized as the Corkers.... but something that us 'Umberlands can get to on occasion.
Any takers?
brain to page L.Bo Marie at 9:14 pm 6 comments:

ok, I'm back from vacation.
and I have a ton of things to write about. but this is more important.
like as in... much more important.
in my hand I may have one of the most incredible things ever created.
um, my Uke is sitting beside me... what I'm talking about is in my left hand.
Everyone knows the wonder that is the perfect mixture of chocolate and peanut butter.
It's hard to create. that... balance ... of ... sweet... bitter... salt... nutty...
it's hard.
the reese cup comes close.
But I've found something even better.
"The Peanut Butter & Co" makes a dark chocolate infused peanut butter.
no joke.
it's a jar of love.
www.ilovepeanutbutter.com
(did I mention that all I bought (other than a few shirts) in Florida was cereal and this jar of peanut butter?)
brain to page L.Bo Marie at 9:32 pm 3 comments:

I'm in florida.
it's not covered in snow.
I have a sunburn.

Flash-back to home:: a busy weekend, filled with much loved people, and a weather forecast that still read "1-3 cm" after nearly 6 inches had fallen.

I've been fighting a cold, trying to be well before my trip down. But Saturday night my voice started to go. I've never really lost my voice before, so I thought the 2 octave drop was funny. By Sunday morning... I'd lost most control of my vocal chords. What a crazy thing! couldn't hum, could just barely squeak out a conversation. It was like random honking. But I could whisper, and by the time I jumped on the plane Sunday night, I had this sexy low voice (unless I tried to be heard... then it was a honk-squeak) and whisper going on. I didn't bother to try to make conversation with anyone around me.
Not even really on the plane- except when the guy beside me was looking for the place to plug in his headphones. And I had to repeat myself three times for him to understand me.
The only person I spoke to was our airline steward. This adorable red.
Only problem.
My voice.
The poor guy must have thought I was coming on to him, talking in my husky whisper. Ten minutes into the flight he started calling me sweetheart and winking at me each time he passed.
Aw, adorable red, thanks.